Like everyone else, I have favourite movies, directors, writers, songs and song writers, and I keep returning to them in a cyclical way, not regularly, without following a particular routine, but often enough to discern a pattern.

If you happen to know me in real life or follow this blog, you must have already noticed that I am quite fond of Bergman (not so much as a movie director as what I would call a philosopher), Calvino (in particular his Invisible Cities), Bukowski (the poet, not the writer, a qualification most literary critics would deny him), Camus, and most recently Eddie Vedder – an obsession which is bordering on the pathological, but that deserves another post – to name but a few.

I know, a very eclectic list of strange bedfellows. There is thread that runs through all of them however, and countless others that I have not cited here. They are all haunted by loneliness and belonging, space and time (cities, past-present-future) and the meaninglessness of life. As I sip my Staropramen alone in one of Lund’s landmark bars, Ariman, I’ve been pondering about how we mark the places we live with memories, some good, some bad. Polluting them, so to speak – since good memories are more similar to butterflies than turtles; they never last long, in most cases leaving behind more misery than joy.

I remember the first time I came to Lund. It was 2007, as part of a research network established by a Swedish colleague who used to live in Turkey. We were staying at the good old Duxiana (Thomas had not gone bankrupt back then), having fika next door, at Coffee Break. Call it getting old or tired, I thought I could live here. For a while at least. And I did. I came back in 2009 and spent three months here. I loved my friends but I also loved solitude. I was in the midst of a protracted and painful process of making peace with it anyway. So I returned.

I soon realized that this was not a place to “die” if you are alone, without a family – of sorts. Then he happened. I did have a family “of sorts”. Then he became sick. I had to be there for him, no matter what. In any case, I had nowhere to go (back) to.”

Time to revisit Calvino I thought: “The inferno of the living is not something that will be; if there is one, it is what is already here, the inferno where we live every day, that we form by being together. There are two ways to escape suffering it. The first is easy for many: accept the inferno and become such a part of it that you can no longer see it. The second is risky and demands constant vigilance and apprehension: seek and learn to recognize who and what, in the midst of inferno, are not inferno, then make them endure, give them space.”

I chose the first one. I adapted; acclimated myself; I “became such a part of” the Swedish way of life that I could no longer see the inferno I was living in. When I did, I compared it to the other infernos I lived in, and there was no comparison. My inferno was everybody else’s Eden. A promised land that took good care of me and my son, that appreciated my work, valued equality and freedom more than any other place I’ve been to.

And what about my part in the creation of the inferno, I also said to myself. Inferno is something “we form by being together”, wrote Calvino. He was certainly right. I had made choices, not all of them right or conducive to my personal Eden. So whatever the inferno was, it was also my own doing. I was the one polluting Lund with bittersweet memories. Yes, a life spent in between home and hospital was not particularly sweet either, but there were moments to enjoy, to cherish, before everything got worse. Have I made the best of those fleeting moments? I am not sure. As Eddie Vedder would say, “never been too good at happy endings” – or enjoying “happinesses”.

When the first strategy didn’t work, I opted for Calvino’s second suggestion, seeking and learning to recognize “who and what, in the midst of inferno, are not inferno” trying to make them endure. He definitely was one – “the” one. There were others too; but they disappeared one by one. I found new ones; they weren’t enough. The city of my dreams was polluted beyond redemption. And the pollution was getting thicker and thicker; the air too difficult to breathe; the places I frequent too contaminated by bad memories to purify.

“So I imagine in a month… or 12
I’ll be somewhere having a drink
laughing at a stupid joke
or just another stupid thing
and I can see myself stopping short
drifting out of the present
sucked by the undertow and pulled out deep
and there I am, standing
wet grass and white headstones all in rows
and in the distance there’s one, off on its own
so I stop, kneel
my new home…
and I picture a sober awakening, a re-entry into this little bar scene
sip my drink till the ice hits my lip
order another round
and that’s it for now” (Eddie Vedder) 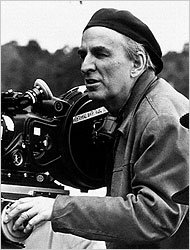